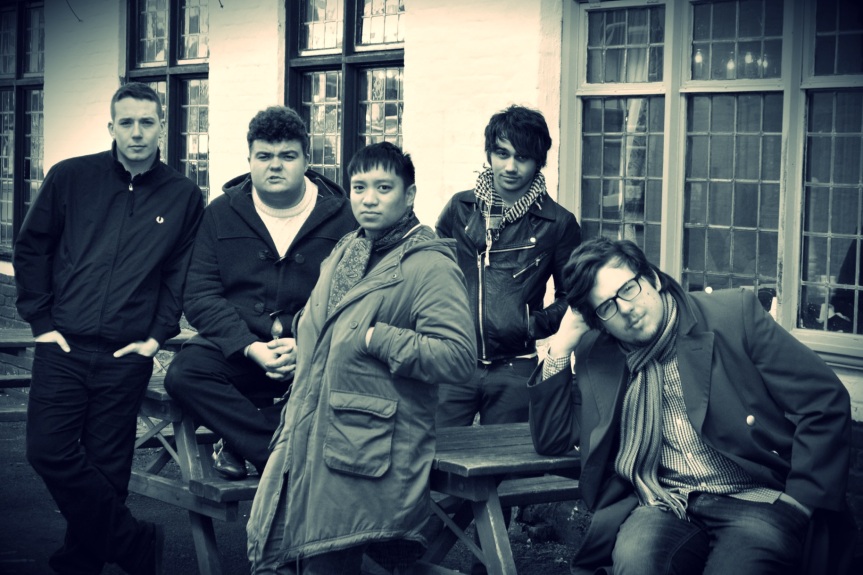 The group says it takes its’  influences from bands such as Oasis, The Who, The Jam, Stone Roses, The Sex Pistols and The Beatles.

Since early 2012 the group have quickly made their mark , going from strength to strength playing at some of the countries most prestigious venues, as well as proving their worth within the local scene, playing to packed audiences in and around Hertfordshire.

Sly Dog treat their audiences to a unique sound, combining their influences from rock and roll through to mod, indie and soul.

2013 sees the band releasing a new EP featuring tracks Break Away, Down in the streets, Hole In My Dreams and Eyes Open Wide. The tracks and live shows have received favourable reviews from industry journalists across the country, and this looks set to continue throughout 2013, as the group prepare to play shows across the UK.

Who plays what in the band?

You have quite a punk sound yet you don’t reference many punk bands in your list of influences?

I guess our sound comes through as a punk sound because we usually have the hump with things that are happening in the world or the appalling way bands and venues are getting lost in a sanitised music industry. We all listen to a lot of the Sex Pistols and early Jam records like In The City and The Modern World so I guess thats kind of where the sound comes from. I take a lot of song-writing influence from bands like the Jam, Oasis, and the Pistols as well because I write about things that I see and how I feel about stuff. The fact that we listen to punk music doesn’t mean that Dave’s gonna stand with rings going through his face and safety pins across his eyes, he might throw the odd TV about a bit, but who doesn’t when your in a rock n roll band?

Where are you playing on your tour – anywhere in the North West?

We haven’t finalised the whole schedule yet but all I can say is you’ll be pleased! We are playing shows in London, Birmingham, Scotland, Manchester, Liverpool – all over the place really supporting some fantastic bands too. Its all about getting our music to new people and getting them to dig what your doing. We are releasing all the tour information soon so keep checking on our website http://www.slydoguk.com and you can get us on Twitter, and  Facebook   Anyone who wants to book us can still get in touch and we will see what dates are available.

Are you planning any other releases?

I’d like to hope so – there’s so many great tunes we’ve done that people just cant get their hands on yet so hopefully the next couple of months will see us being able to get our debut album out there for the people to enjoy.


Thanks to Dean for doing the interview and as a treat here is that video of the band again – you can listen to two of the tracks from the EP on this edition of Aural Delights podcast….