It’s a new year and the new music has started flooding in …… good job there’s nothing decent on the “bad telly-v” tonight, gives me a chance to catch up on stuff.

So now then, I don’t normally go round listening, writing about, or indeed,  podcasting,  stuff that’s got into the BBC6 zeitgeist, as generally speaking, most of what they play is formulaic indie chart gubbins.  When I got the EPK for this lot I was immediately pre-disposed towards binning it straight away due to the mention of Cerys Matthews in the promo. I do hate the concept of “tastemakers”, after all I’m going to eat the bloody EP am I? Anyhow I gritted my remaining teeth and carried on regardless. 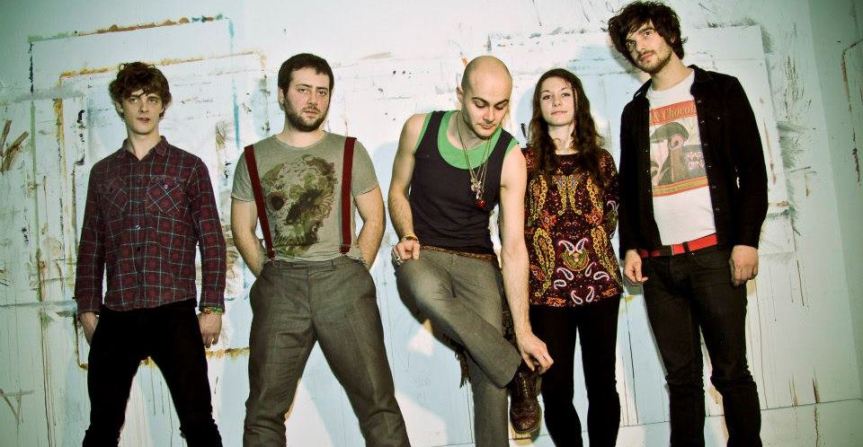 Of whom do I speak you ask?

Well they are called The Bohemian Embassy and they come from Bath. They have a new EP out on March 3rd called “Seek Love” – it’s their sophomore offering. They are Ben Angel (Lead Vocal + Guitar), Luke Cradoc (Bass) and Louis Lanfear (Drums) – who are the founding members – with  recent additions  Will Jeffries (Guitar) and Jade Morris (Violin).

What’s intriguing from the opener “Come and See (Met You In Another Life)” is the almost schizo dual vocal attack from Angel – in one part of the song he  sounds like Andrew Eldritch and, in another part,  he comes across like a less intense Damian Abraham. The band are busy in a math/indie way all riffs and staccato changes. Again his voice seems to change several times for the next track “Look East” which  zips along like Talking Heads on industrial strength amphetamine. Track three “Rats In Paradise” (see vid-chip below) seems to sound like a distillation of the world of indie over the last five years or so, although the addition of the violin brings something different. Lots of riffing going on and more changes than you can shake a stick at – prog-indie maybe? They say their influences are   The Clash, The Who, Lou Reed, Empire of the Sun, Rage Against The Machine, to Jimi Hendrix and they are being referenced (by those in the know) to Supergrass, David Bowie, The Smashing Pumpkins and Pixies. I can pick up a few of those things but there’s almost a mutant offspring of The Strokes and Arcade Fire also going on here I think. 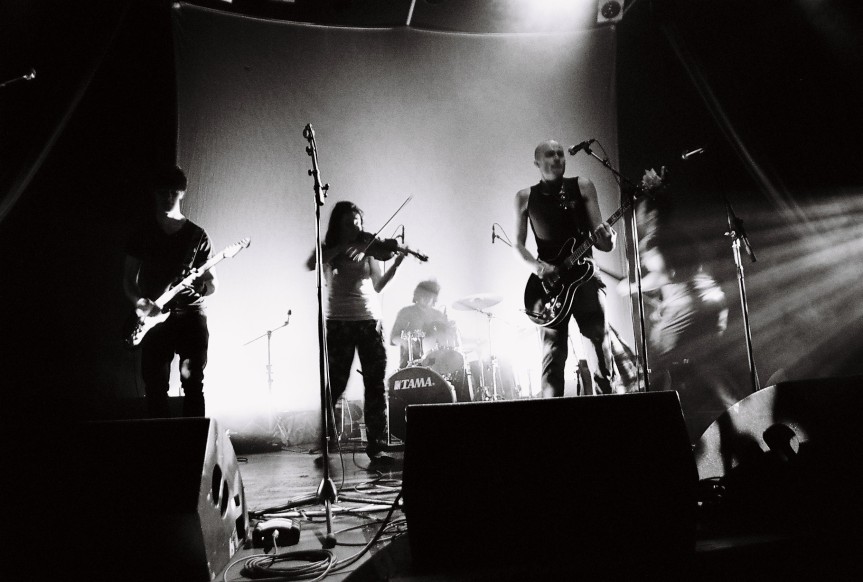 The stand out track is “Shake It Off (Seek Love)” which is full of punk intent coupled with a heady marriage of goth and glam. A keening lead guitar line and a breathless vocal performance together with an in your face rhythmic barrage, which breaks down in the middle to start up again, sticks out as the one to play on the podcast. “Take You On A Ride” wanders off in the direction of Eastern Europe with a martial klezmer sound in a Brecht/Weill stylee, but with massed choirs of fuzzed guitars for added measure – at this point I they did start to grow on me somewhat – short, sharp, intense and trying something radically different from the usual indie stuff. “This Song” slows things down a little and does hold echoes of the two David’s – Byrne and Berne  – not vocally perhaps, but in terms of structure and overall delivery and Lanfear’s back beat does give it that “Fear of Music” feel.  The closer “Trouble” is another speedy little number which shows its’ influences perhaps a little too much at the start but builds into a rather fine anthemic ride.

One of those releases which improves markedly as you make your way through its’ seven tracks – the last four  being particularly memorable – and the other three showing enough promise to bear repeated listening.

As I say, not something I would normally lend my ear to but,  generally speaking I was pleasantly surprised by this band.

One thought on “Love Seekers”