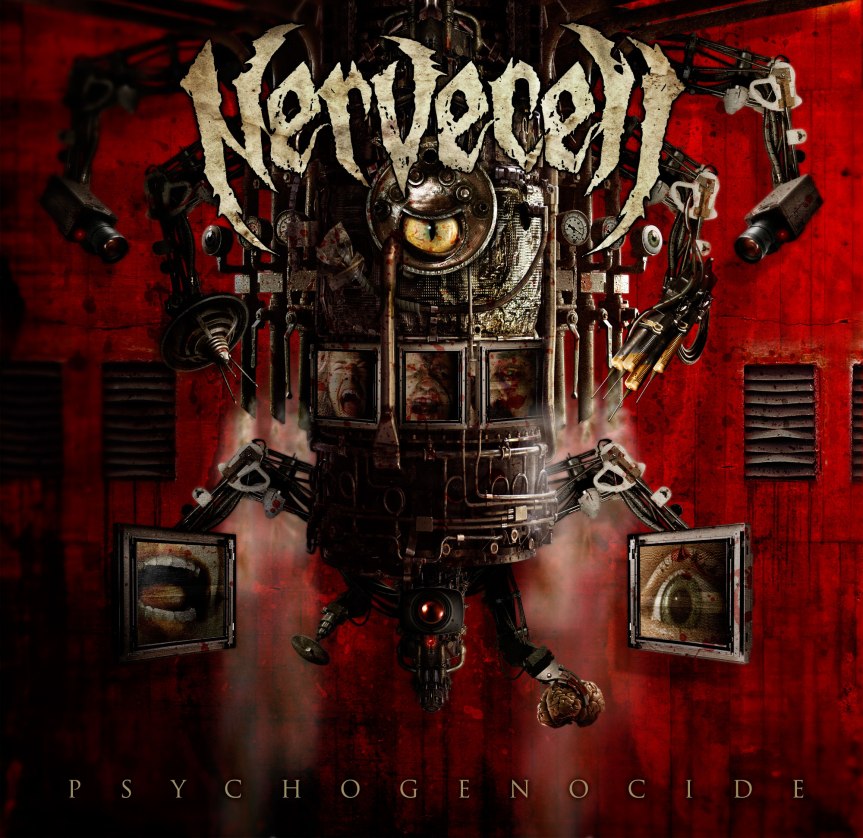 Applauded by Metal Hammer for their, “…thrilling contrast between oriental and musical culture,” called a, “must have for every metal hornet,” by Germany’s Legacy Magazine, and commended by Metal Observer for their, “strong focus on memorability and song structure,” the ten-track Psychogenocide was initially released in Europe via Lifeforce Records in 2011.

Centered around manipulation and the deception of the human race for an agenda of a higher purpose, the album was produced and engineered by Rami H. Mustafa at Spellbind Studio in Dubai, UAE with drums engineered by Joe Haley at Red Planet Studios in Hobart, Australia, then mixed and mastered by Wojtek and Slawek Wieslawscy at Hertz Studios (Behemoth, Vader, Decapitated) in Bialystok, Poland and includes Psycroptic’s David Haley providing session drums as well a guest vocal appearance from Nile’s Karl Sanders on the song “Shunq (To The Despaired…King Of Darkness).”

Starting  in 2000 as one of the first extreme metal bands to emerge from Dubai and having toured alongside legendary metal acts such as Metallica, Morbid Angel, Deicide, Decapitated and Suffocation, NERVECELL are true torchbearers for a Middle Eastern wave of metal.

Their unique blend of Middle Eastern death/thrash and a reputation for action-packed live performances helped pave their way to playing some of Europe’s most renowned festivals including Wacken Open Air, With Full Force, Rock AM Ring, Rock IM Park, Summer Breeze and Brutal Assault.

The widespread success of Psychogenocide also resulted in  NERVECELL being given the honour of being crowned the “All Time Best Selling Metal Act” in the Middle East and North Africa region, consequently receiving a plaque of recognition from Virgin Megastores (MENA) in January of 2012.

Psychogenocide was also lauded as one of the “Top 10 Death Metal Albums Of 2011? by media outlets globally including Metal Hammer Magazine who named NERVECELL one of the “Defenders Of The Faith,” listing the band as one of the “50 Heroes Of The New Metal Revolution.”

Psychogenocide will be reissued worldwide on January 27th, 2015 via Unique Leader Records. Preorder your copy today at Unique Leader.

This is death metal at it’s most extreme, impossibly fast d-beat drumming with monstrous vocal exhortation coupled with a mass of riffs. It is unrelenting, unforgiving and intense.