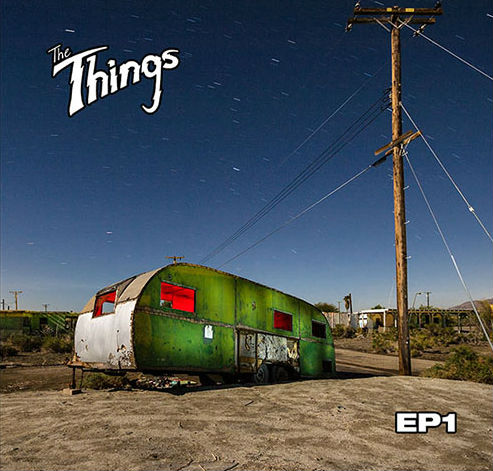 The Things are a Manchester, UK,  group that originally formed in 1979.  Inspired by the sounds of 60’s psychedelia and garage bands, such as The Seeds, the group were popular in a burgeoning post punk scene at the turn of the decade which included groups like The Fall, Magazine, The Distractions and The Hamsters. Whilst the front facing part of the local scene was obsessing over Factory Records, and its particularly dour outlook, the music scene in the Manchester conurbation was far more complex, varied and upbeat.

In March 1980 The Things were approached by John Maher and Richard Boon, respectively the drummer and manager of Buzzcocks. John asked if they would record a single as the first release on his new Imperial Records label. The band agreed on condition he became their drummer so did and made his Things debut in Liverpool a month later. The Things were soon playing regularly to packed crowds in Manchester at venues like The Band On The Wall , The Russell Club and The Beach Club. 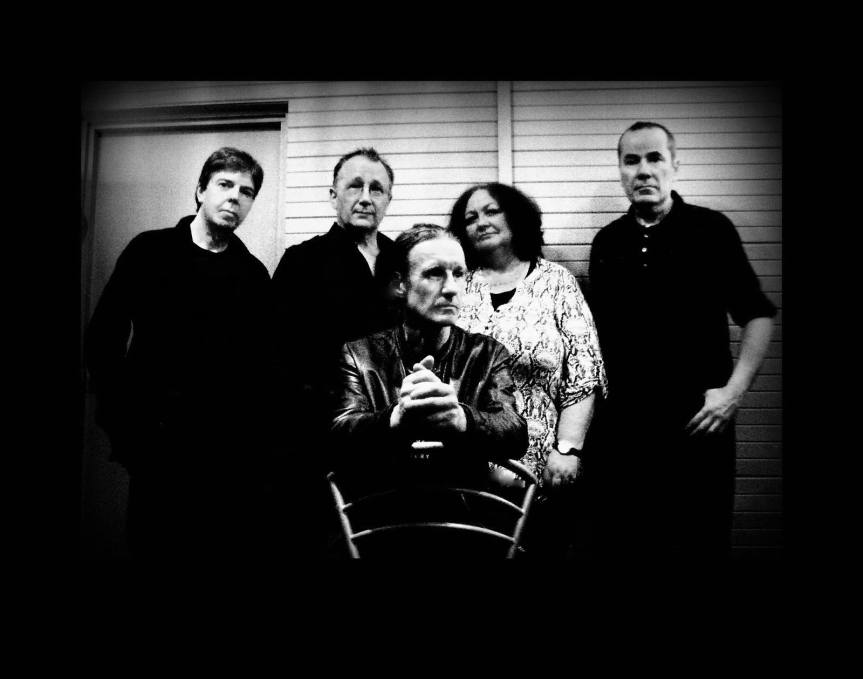 The Things recorded a session of 4 tracks for Mark Radcliffe’s Transmission show on Piccadilly Radio, broadcast on 12 July 1980. A single, “Pieces Of You” was released in October 1980 followed by a British tour supporting Buzzcocks.

John Peel recorded The Things live at his roadshow at Manchester Polytechnic in 1980 for an album he planned to release but for reasons unknown to those outside the BBC the project was not completed and these recordings remain unreleased. On his Radio One show John Peel described The Things as ” a semi legendary Manchester band “.

Throughout 1981 The Things continued to be a regular draw on the Manchester post punk scene and beyond with bookings in London at the legendary Marquee Club and The Greyhound, Croydon. The Things played a final series of dates including support to New Order before disbanding early in 1982.

The Things decided to reform in 2012 and made some live appearances in 2013 with Brian Benson replacing John Maher on drums. With several gigs under their belt The Things returned to the studio in 2014 to record “the album we should have made in 1980″. The studio session saw the return of John Maher on drums, recreating the line up that recorded the Imperial Records single back in 1980. Brian Benson also played on some tracks and continues to play live dates with the band. 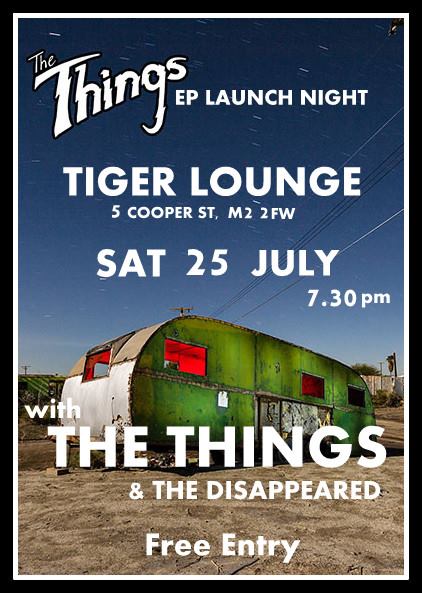 The first EP from the sessions has now made its’ way to me via Joe Brehony. It will be launched on July 25th at Manchester’s Tiger Lounge with support being provided by The Disappeared.

With the music biz in the throes of a psych pop revival the timing couldn’t be better.  It is clear from the opening bass riff of “Nobody Wonders” that this band makes most of the current scenes garage/psych wannabees seem like rank outsiders. There’s a legitimacy and energy bursting out of this four track EP that puts this band up there with the greats. I never had the opportunity to see them live when they first emerged but I get a sense that the youthful enthusiasm that drove those early performances has been captured and flows from these recordings. The dreamy pop of “1000 Stars” has a glorious epic feel with Ella Burton’s keyboards holding the centre ground as Tim Lyons preaches the garage rock sermon through a wall of sound.

The re-recording of the original single “Pieces Of You” is a glorious piece of Spectoresque pop, complete with handclaps, a Hank Marvin solo from Dave Holmes, and a chorus to die for. Closing the set with a cover of The Seeds classic “Can’t Seem To Make You Mind” in a para-ska style the group signal that they are back with a clear intention to inform, educate and entertain.

This is a fantastic set of tunes and I look forward to hearing the forthcoming album.  The evocative cover for the EP was taken by John Maher whilst in America.  The music was recorded at Pro 2 Studio, Castleford, Yorkshire and mixed at Wee studio, Stornaway, in the Hebrides.

One thought on “It’s The New Things”