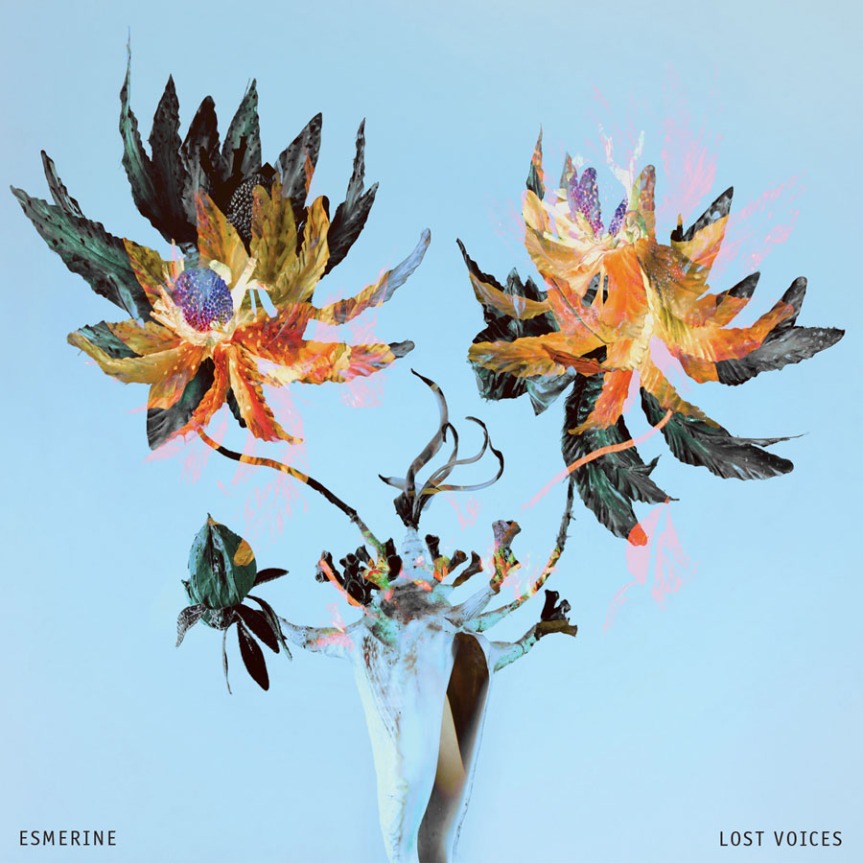 Montréal chamber rock ensemble Esmerine return with their new full-length album Lost Voices , which follows their highly-acclaimed and Juno award-winning 2013 release Dalmak . The title of the album is intriguing and somewhat contradictory given the group have actually found some new musical voices on this release.

Lost Voices is the result of multiple recording sessions led by Vid Cousins (Kid Koala, Amon Tobin, Colin Stetson) and was mixed/produced by Jace Lasek (The Besnard Lakes) at his Breakglass Studio in Montréal. The album features several tracks which adopt driven percussion in a rock style. Electric guitars appear for the first time (courtesy a variety of guest players) alongside the group’s nucleus of marimba, strings and percussion.

Expanding from Dalmak ’s core quartet, Esmerine also now includes bassist Jeremi Roy (who began touring with the group in 2013) as an official member; his contrabass work adds potent low-end to the heavier and more muscular jams on the new album.

The album is equally notable for the appearance of GY!BE/Silver Mt. Zion violinist Sophie Trudeau as a featured guest; her potent attack , particularly on opener “The Neighborhoods Rise”, “19/14” and the centrepiece track of the second half of the album, “Funambule” adds to the established Esmerine sound and makes for an altogether more epic feel. Thompson’s drumming comes to the fore on these pieces too, and on the rock-steady minimalism of “A River Runs Through This City”, which references the likes of Tied & Tickled Trio, June Of 44, Shipping News and Lungfish.

It’s not all about big statements however, there are reflective pastoral pieces just featuring tuned percussion and strings which balance the big tunes. The band’s reputation as a chamber rock group is enhanced with this new dynamic approach. Post-rock, a good slice of minimalism, serialism in a Steve Reich/John Adams style, some odd time signatures via math-rock and that eastern european vibe that cuts across the ASMZ/GS!BE family are all here. There’s also a nod towards TNT/Standards era Tortoise with some of the structural arrangements.  A highlight is the occasional leap into riff-driven tex-mex/desert rock which sits well in the Esmerine sound. Some of the breakdowns also get into a funky celidh area., albeit from a slightly parallel universe.  There’s a lot to grab the attention and it is all good.

Their best release to date and highly recommended.

One thought on “New Voices Found”