Part One of two weeks worth of what I consider to be some of the best music to come out of Salford and Greater Manchester in the last year. So many good bands and singers had to be left out to fit everything in. Also new bands get an airing, a new track from Kin, and an exclusive radio mix of a track from the forthcoming AAAK with a special guest on vocals! But we start with some festive cheer from The Fall from 1978……

To listen to the show click on the link below…….

This Friday coming at Islington Mill – Suzuki\Method, Working for a Nuclear Free City and The Rialto Burns – only £5……this is a new club night organised between Suzuki\Method and Helmets for Men …… also features DJs from the SCR Alliance

What? – a new band and club night curated by Suzuki\Method and Helmets for Men

OK!! So SUZUKI/METHOD have played a lot of shows in a lot of clubs in a lot of towns all over the country and all of the above have one thing in common…… When the bands have stopped, we aint hearing the sounds we wanna hear! That’s about to change!

With no further ado we’d like to welcome you to our very own club night NEW/BUILD!! In conjuction with our good budies Helmets for men we’ll be bringing out the live bands were diggin at the minute as well as the tunes were all waiting for everyone else on the radio to catch up with!!

SUZUKI/METHOD (LIVE)
Since emerging from the infamous house parties of Salford and on the Manchester scene, Suzuki Method have accomplished the rather unlikely feat of marrying the polar worlds of hard rock and eighties dance.

Like “Queens Of The Stone Age transplanted to the Hacienda or the Fall jamming in Studio 54, Suzuki Method is a band that hits you right in the solar plexus, while simultaneously energising your dancing feet.

A sold out debut EP under their belts impeccable Northern music credentials and a wonderfully futurist imperative on UK music, Suzuki Method have firmly pitched themselves as true rock ‘n’ roll outsiders destined gatecrash the Manc and UK music party in 2012.

“Vibrant and refreshing, it’s no surprise that Suzuki Method’s toe-tapping thrills were born out of parties. A compelling mix of shape-throwing and brow-furrowing, as brooding as they are bouncy and twice as addictive.” – CHRIS LONG BBC Manchester

They deserve to be heard by everyone. The best live band in Manchester – CLINT BOON, XFM

Really well written and produced stuff, and very hooky! Ticks all the boxes – Everything Everything

Also singled out for the best of myspace, XFM Unsigned heat winners, , band of the week on Clint Boon, Sam Walker and Terry Christian’s XFM shows, BBC Introducing in Manchester “Ones to Watch” and “Artist of the Week” 2011.

WORKING FOR A NUCLEAR FREE CITY (LIVE)
We’ve wanted to these guys live for a while, they smash it!
Fresh from a US tour you could say it’s nn eclectic mix of orchestral, adrenaline-fueled dance tracks juxtaposed with quiet, bedroom pop songs and eerie, sparse, acoustic cuts. Check em out!
http://www.facebook.com/wfanfc?sk=info

RIALTO BURNS (LIVE)
There are no theatrics with this band, no set performance, no gimmicks, they don’t do ‘stuff’ but their stage presence is captivating. It’s easy to draw reference with Joy Division, New Order, Dépêche Mode, Human League, The Smiths, The Verve, Killers, KOL et al, but TRB seem to have extracted all the dark and edgy bits and adding their own intellect and a dose of sub zero attitude have managed to produce a bang on contemporary Alt/Indie sound that just stands out as being, well, totally different.

Rapidly becoming the most talked about radio station in the Greater Manchester with it’s no play-list policy and dogged determination to get new music out over the airwaves Salford City Radio boasts an experienced group of specialist DJs who present of the most cutting edge music out there. With local promoters tuning in to shows to find out which new band these guys have discovered they are fast becoming the must listen to broadcasters. With internet streaming of their shows and uploading to Mixcloud the Alliance has developed an international audience from places as far afield as Finland, Japan, Puerto Rico and Skelmersdale. On DJ nights they will get you dancing and keep your  attention in between and after the bands. 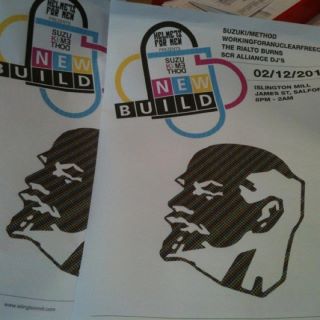 To listen to the show click on the link below……

Salford Bands And Singers –  please send me your music to bob.osborne@salfordcityradio.org

To listen to the show…..click on the link below