As usual a serious amount of new material has been delivered here at Aural Delights HQ over the last week so there has not been much time for considered reviewing.

Three pre-release tracks from the new Sallie Ford album “Slapback” have arrived and they sound fantastic. The sound is a little more raw and increases the anticipation for the full release on October 13th.

I finally got around to purchasing the excellent album from My Little Brother “If we never came down” which is marvellous. I featured the band on the radio show a couple of years back and i’ve been meaning to get hold of the release – glad I did it’s fantastic.

My appreciation of the new Trojan Horse album “A World Turned Upside Down” is reflected in an interview with Nick Duke from the band on the Studeo Blog. Suffice to say that the quartet have overcome the “difficult second album” hurdle with some ease and have created something genuinely groundbreaking. Links and stuff are in the review in the other place. I also put together a special podcast to celebrate the album launch which features old and new material from the band as well as each band members musical favourites plus a few of my own choices to break up the mix.

And here’s some quick one-lines on the rest of the new material…..all of which should be appearing on future podcasts at some point…..

Taken from the Fungus EP which was out earlier in the year. Fresh neo-grunge sound with a hint of Sonic Youth, Excellent

Slightly disappointing in that there is nothing new of note. The usual industrial metal tropes are here and it’s all delivered very well but I could have done with a bit of development maybe.

Post split compilation of the majority of their recordings. High quality soul-pop with electronica elements.

Impressive second outing for this Baltimore Quartet. Excellent rock/punk and contender for album of the year.

Post punk electronica in an Ultravox and that ilk style, but with a touch of Moroder

Pop flecked ear-worm in an indie package – vocals seem a bit low in the mix, but good for all that

One of those tunes which has a great verse but a disappointing chorus. The second single taken from the band’s debut Album ‘Welcome (If Only)’.

A Teaser video for the new album, which is a long way off, looks to continue the work to date, I hope they will have developed some of there elements to freshen up the sound.

and finally a little treat with the new video from Le Butcherettes…..

On this week’s agenda promo’s for two great gigs coming up in Salford and Chorley – Salford Against The Cuts (Friday 5th) and Bongo’s Birthday Bash (Sunday 7th) plus lots of new music:

An eclectic mixture on this one…….indicating the disparate nature of the material that is arriving…….you can listen here

I’ve been asked to mention that  Ded Rabbit boys new EP is out on the 28th and that they are doing a competition (that ends at midnight tonight) for 5 lucky fans to win a copy of the selfsame new EP.

All people have to do is e-mail myfriends@dedrabbit.co.uk.  A name will be drawn at random and the EP posted out the next day.

Can I also apologise for the use of the “P” word in the From The Sticks link…….(for Cobblers fans)

A slight departure from the norm for this edition of the show with a continuation of the preview of some of the acts playing at the various gigs in Salford this week – however there is also lots of new music to tittilate the ossicles, plus some classic tracks…listen here:

Notes in respect of the above

1. A sort of an intro to the following piece – from what I regard as their best release “Do the Square Thing” – they are playing Gulliver in Manc on May 8th.

2. Mr Hiatt of the aforementioned combo working with the ever busy Periscope  – excellent and out now

3. Further promotion of said bands EP launch this Thursday at the Kings Arms

4. Playing at the Hope, Eccles Old Road, as part of Toska’s Salford Temptation – doubt if they will play this one but I like it…..

5. The aforementioned TW and well a bit of a theme tune for the weekend

6. The co-conspirator of 5. above from a forthcoming album this is the pre-mastered version – slightly edited by me for content

7/8/9 Three exclusives of the tracks that will be on sale on the Sunday at The Hope from this bunch of miscreants….from Chorley which has a lot of roundabouts

10. Classic post-punk from one of my favourite albums – a very inventive band who never quite got the recognition they deserved

11. They are back and with a bang – from a forthcoming EP I think – they also just been signed to Alcopop Records.

12. Featured this band last year – this is their recent single – most impressive – hopefully a local promoter will entice them down

13. The ever lovely Kill Pretty with a track from their excellent album (have I mentioned how good the cover is?) – playing Saturday at the Crescent as are….

14.  Another band from Chorley (who share a singer with 7,8, and 9 – where do these musicians find the time to be in several bands at onece – I can’t keep up)

15. Mr Ding has been remixing the original AAAK releases and has made them available free of charge from their website – a classic piece early piece of Buildingscape Beats

16. This American gentleman caught my attention recently – impressed by his approach – this is the B Side to this recent single

On this weeks show a look at the artists appearing in gigs over the Bank Holiday weekend in Salford:

Notes in respect of the above….

1/14. Prog-nouveau maestros launch their new EP “Fire” at the Band on the Wall on Thursday May 3rd. A track from their debut album and the lead track from the EP where Frank Zappa meets Black Flag in a microcosm the “Horse’s” work to date (i.e. it is less than two minutes long when there tracks tend generally to exceed six minutes)

2.  Psychedelia meets Kraut-Rock as the new edition of the “Pig” features legendary local musician Tim Lyons (Sandells, Harvey’s Rabbit, The Things) along with one of the hardest working players on the Manc scene the Hop Man Jr – John Paul Moran. Front man Eoin O’Connor has to be seen to be believed – a real force of nature.

3/13. And starting the night on Thursday the David Jackson lead collective who have just released their first EP.

4. On Friday, Saturday and Sunday Toska’s Salford Temptation comes to Crescent 20 and the Hope Pub. On Friday night amongst others James Stone from The Loaded Dice is  playing a solo set – I was not aware of that when I recorded the show, I thought the whole band was playing. These things happen in radio.

5. On Saturday you can see one of the finest live bands in existence – I’ve whittered on about this lot elsewhere – they are all chums and rather good at what they do…..this will be on a forthcoming series of EPs I think…..get the album  (the sleeve design is excellent 😉 )

6. The chap who drums for 5. also drums for the his lot – another of the finest live bands in existence – one performance is uniquely different from the next due to the stunning showmanship of the General but it is all held together solidly by Ken and Mike – Sunday at The Hope.

7. Also on Sunday at the Hope the indefatigable Dusty Moonan plays a solo set – not sure whether he will be featuring any “West Coast Sick Line” music

8. The organiser and his aide-de-camp performing a new mix of their most recent song – Toska and Luis will be around for all three nights but take the stage proper on Sunday. Flamboyant doesn’t even get close.

9/15. Exclusive new tracks from the excellent three piece are my highlight for this show – I think they have raised the bar somewhat – not sure whether this is from an EP or an album or both but regardless of that the tunes are excellent.

10. Chorley’s finest export of recent times and the lead track from the Twisted Pop EP – they play Saturday at the Crescent……

11. These are playing but I like the single so much I needed to play the B Side.

12.  Chap from 10. takes the lead vocals for this band as well – Sunday Night at the Hope – a tale of hosiery abuse and the affect of progressive rock on the psyche.

16. New single – music recorded in London – vocals and other shenanigans sorted in Salford.

The significance and sometimes downside of pre-recording radio shows is that things change in between you recording them and them being aired. So that Everyday Goldfish who are listed below are not now playing the Grunge Revival at The Crescent – however Cable 35 who I have featured on the Aural Delights Show are instead. So the show comprises (and can be listened to here):

Notes in respect of the above artistes

1. The new single…..a fine follow up to the excellent “Demons”

2.  One of the bands appearing at the Grunge Revival at the TNT Experience at The Crescent Salford on Friday – they are from Manchester

3. From the recent EP “Summer Gangs” – skittish math rock lunacy – featuring Mr Ian Breen who is nearly in as many bands as Hop Man Jr (nearly but not quite)

5. From Macclesfield – they need a bass player and a drummer if anyone is interested (serious shortage of drummers around at the moment for some reason…..). Hopefully they will send me some more tracks as I rather like them.

6. Here’s a track from the new EP which is launched at the Kings Arms on May 9th (Kin made the video……very good…) 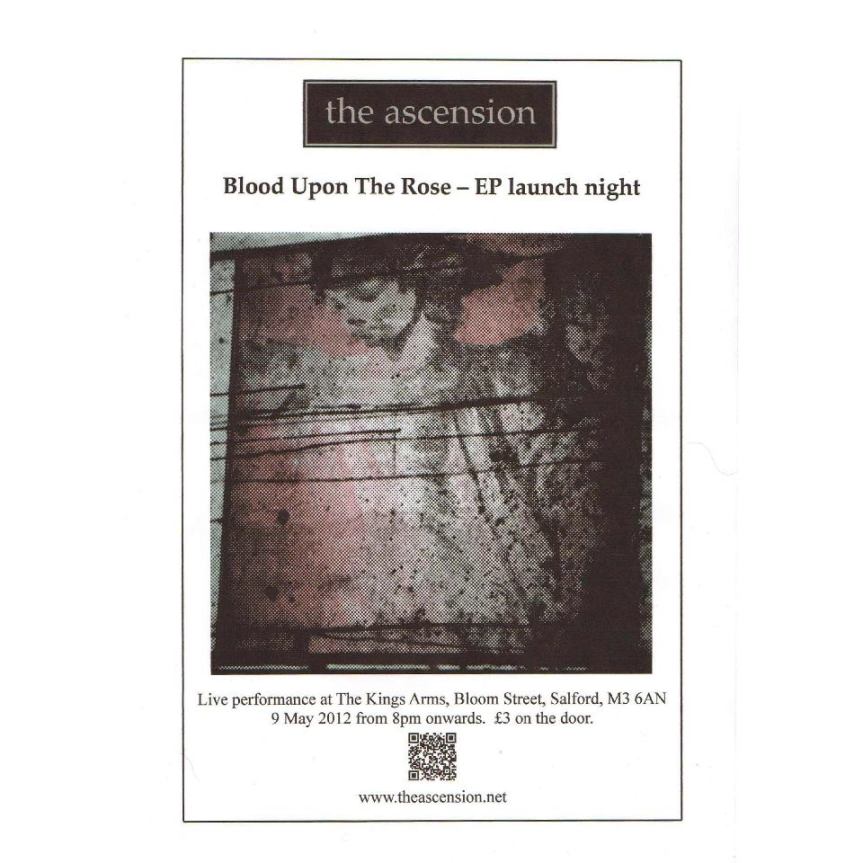 7.  Another new band from Salford (new to me anyway) describe themselves as “dirty blues” – more from them in future weeks.

8.  Another pop classic from the lovely Mutts from Moston……reminded me a bit of quality era Hall and Oates this – but without the nonsensical ululating of Mr Hall.

9. Inevitably biased towards this lot as they are all my chums but I have to say this is a bit of a pop classic from Jeff, Danielle and John. They will be gigging soon I hope, after a bit of a rest over the last few months.

10. New single from this young combo from Bolton.

11. The other band playing at the grunge gig on Friday – from Little Hulton (an area steeped in musical heritage) – very impressed by these lads although I had to edit out the naughty word.

12. From next door in Walkden Mr Von Black Paths sooths us with his electronic wizardry….a track from a forthcoming album which he is going to let us have in bits – the little tease.

13. The iconoclastic marriage of Frank Zappa, Black Flag and Yes encapsulated in a small bite sized chunk – from the forthcoming EP of the same name which will be launched on May 3rd at the Kings Arms as part of New Music Series (more of this on next weeks show).